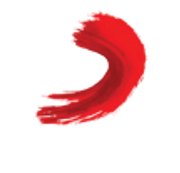 BBC airs new #FreeBritney documentary: It is worth watching

BBC airs new #FreeBritney documentary: It is worth watching

This BBC film is not just a reinforcement of “Framing Britney Spears” but the fans won’t learn anything they don’t know from it. As a fan myself, the only thing that will change is your level of concern: it will grow.

It’s sad but, as Mobeen himself says towards the end of the film, during the court session he was allowed in, “there was no word about the ending of Britney’s conservatorship”. There are talks about the conservators, about money, about everything but the end of it. The conclusion is that it’s far away from over.

On the #FreeBritney side, besides the massive group of fans, we have: Hayley Herms, Lisa MacCarley (attorney), Jordan Miller and Britney’s friend Billy Brasfield. On the contrary, Lou M. Taylor, James Spears, Sam Ingham and Perez Hilton.

The film is built of more people. In a moment, Mobeen goes to Britney’s hometown and meets a lot of different people who have met the Pop Princess. They all want her to happy and claim she’s a very sweet girl. Brian Friedman is also part of the show but the most interesting addition surely is Catherine Falk.

Catherine, daughter of actor Peter Falk, is somewhat of an expert in conservatorships as her father suffered from dementia and had to be put in one. The case is complex and involves family drama with her stepmother but the way Peter’s daughter speaks leaves no space for missunderstandings: Britney is not getting a way out of the conservatorship.

Why? Because it’s a money machine for every possible part. Catherine goes as far as saying James Spears may not be the worst option as Britney’s conservator as there are other entities and people that could simply put Britney in a nursing home.

Once more, “The Battle For Britney” is a punch in our stomachs and, by the end, we can’t help but feel helpless and only hope that one day this will end… Which is unlikely.

“The Battle For Britney” is available in BBC iPlayer for streaming.